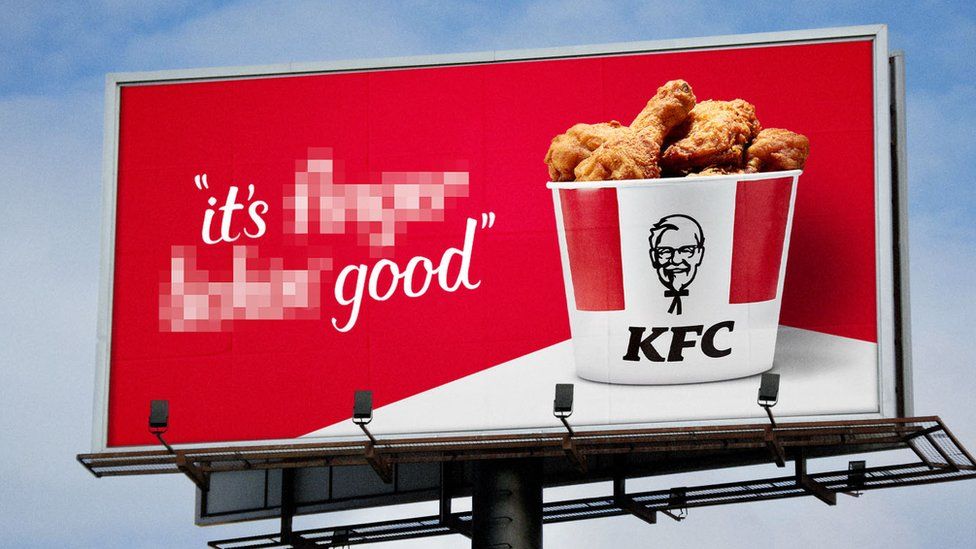 As 2020 comes to an end, I’ve reflected on my favourite marketing campaigns. A stand out has to be KFC and how they handled the obstacles the Corona pandemic threw at them.  Many companies took the ‘we’re here for you’ approach, which in my opinion, can come across as a bit disingenuous. KFC on the other hand, were punchy and entertaining.

Before the pandemic hit the first peak in the UK, KFC released the standard Finger Lickin’ good campaign. This received a surprising 163 complaints reported the Advertising Standards Agency in March alone, saying that the ad was inappropriate given the current COVID crisis.

I’m sure frustration was felt amongst some of the marketing team, who would have spent the past few months working hard to craft the perfect campaign, until…

After 64 years, KFC decided to drop one of the most famous slogans in the world ‘its finger lickin’ good’ to just ‘it’s good’. Where previously ‘finger lickin” would have been, was replaced with blurred words, to furthermore grab the attention of potential customers.

KFC had listened to their customers and acted upon it- marketing in its truest form.

It was a smart move as it made the brand more relevant in the minds of consumers at a low cost, and reinforced the existing slogan by announcing its temporary removal. As shown by the graph above, KFC’s brand awareness rose significantly.

Next up, was charming online contact with loyal customers. During the peak of the first peak of pandemic customers were not able to access any fast food. KFC’s response? #RateMyKFC, an interactive social media campaign which encouraged people to make their own version of KFC wings and post them on Twitter for people to review and criticise.

39% of social media users said they were spending more time on social media during the pandemic and this particular campaign generated hundreds of tweets within the first day.

The subsequent tongue-in-cheek TV ad showed actual mobile phone footage of poorly recreate the wings, with a backdrop of All By Myself by Celine Dion.

Playful self-criticism can work very well for a brand, for instance the well-known Mouldy Burger by Burger King, turning a negative into a positive. A trick I believe Corona beer is missing out on at the moment. For instance, if they were to create a campaign edged with a bit of humour towards people thinking the beer could actually give someone the virus, coupled with donating 10% of their proceeds to a COVID-related charity.

All in all, KFC has shown that the use of levity can go a long way.